Fixing Blocked Kitchen Drains from Grease and Fat in Canberra

Grease and fat can cause blocked drains in Canberra and Queanbeyan

Call 0448 844 911 to have your drains cleaned of grease and fat professionally today.

Is grease and fat blocking drains in your Canberra Home?

Do you want your drains cleaned quickly and professionally today?

Grease blockages are becoming more common in Canberra drains. This is because of the growing number of island kitchen benches and kitchens that are more towards the centre of the house. This results in longer pipe lengths between the kitchen and the main house sewerage drains. Thus allowing grease to solidify in the drains before it can be broken down by washing powders that are more caustic than modern washing up liquids

Prior to 2004 hot water could be delivered any where into a house at an average temperature of 75 degrees Celsius. This very hot water helped to dissolve the grease. In 2004 regulations changed to enforce maximum water temperatures of 50 degrees Celsius to baths, showers, basin and bidets. However, because it is cheaper to install one hot pipe into the house most kitchen sinks now have 50 degrees hot water delivered to them too.

The rise in continuous flow hot water systems in Canberra has added to the problems of blocked drains from grease and fat.

To remove the grease 6 Star Hot Water & Plumbing uses a hydro jet drain cleaning machine to unblock Canberra drains that are choked with grease. We also use an electric eel in places where a Jetter will not go. As a very last resort we use a very dangerous drain cleaning acid. This acid can take a very long time to completely dissolve the grease and fat. It is also very expensive

If you have Drains blocked with fat and grease in Woden, Belconnen, Gungahlin, Tuggeranong, and Queanbeyan we can unblock them for you fast.

We remove grease and fat from all Queanbeyan and Canberra blocked drains. 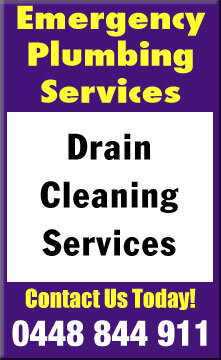