6 Star Hot Water & Plumbing were called to investigate the sound of water trickling down the rain water downpipe. The owner was aware that the water may be coming from the solar hot water system collectors on the roof.

When our plumbers arrived, they found that the auto air bleed valve on the evacuated tube solar hot water collectors was leaking from the vent at the top of the valve. 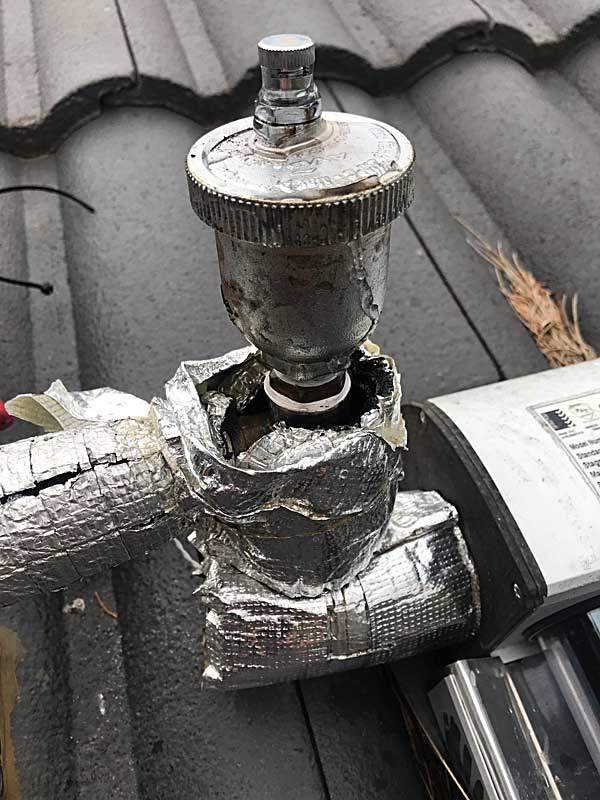 Auto air bleed valves generally freeze and the outer casing will split during heavy frosts. During summer, the auto air bleed valves can overheat due to extreme temperatures in the collectors. This causes the internal mechanisms to disintegrate or warp out of shape. As water was leaking from the vent at the top of the valve and this occurred during the warmer months, we knew it was heat related.

The solar hot water system was a Kelvinator evacuated tube system. Because Kelvinator systems have a reflector panel behind the glass tubes, they will generate extreme heat in summer. 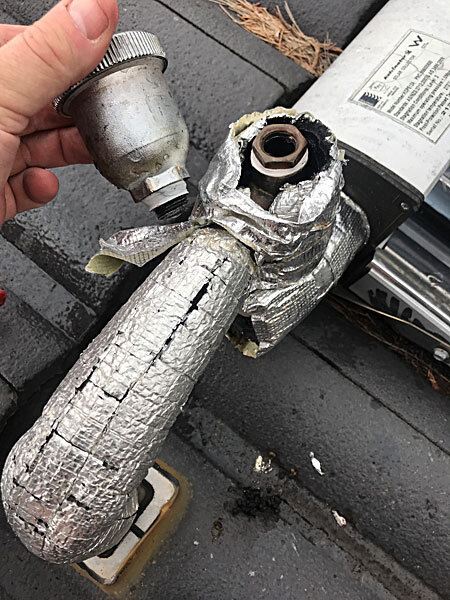 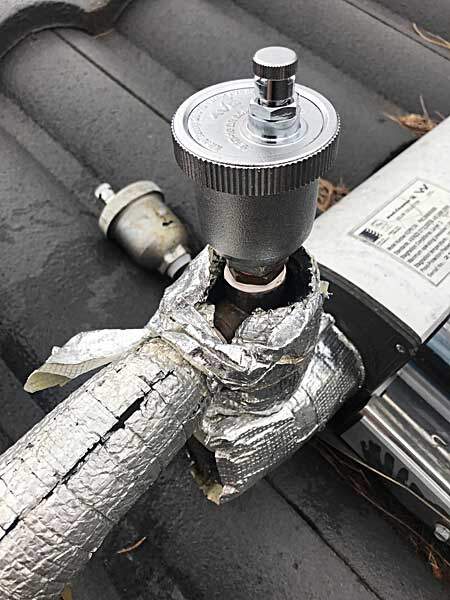 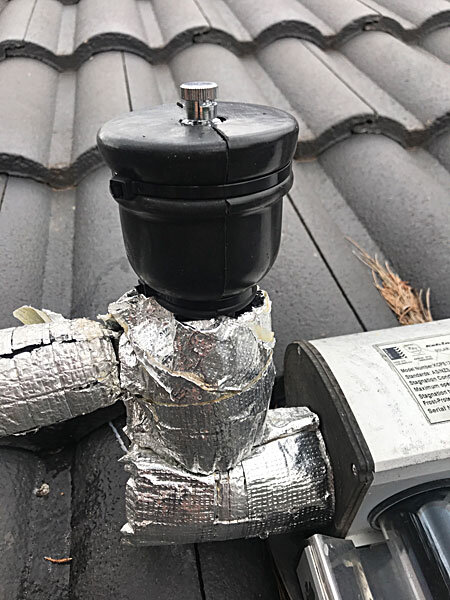 We insulated the new valve to protect it against extreme cold weather. The only environmentally sustainable solution to the overheating problem on Kelvinator solar hot water systems is to cover a third of the tubes in summer to reduce the surface area exposed to the sun.